When workloads with different needs share resources on a system, the ability to control, limit, and prioritize IO operations for each workload is critical.

For example, we need to make sure the main workload isn't impacted if a background system app starts using excess IO, and that the system has the flexibility to limit IO to low priority workloads, while providing IO to high priority workloads.

The cgroup2 IO controller regulates the distribution of IO resources, allowing you to specify the number of IO operations per second (IOPS) that a cgroup can read or write. It also allows you to measure and monitor a cgroup's IO use and IO pressure.

The cgroup2 IO controller introduces a number of benefits over version 1 that greatly improve the ability to manage IO on a system.

cgroup1 accounts for and controls only direct IOs, i.e., filesystem metadata IOs (both read and write), and buffered reads. This leaves other types of IOs, such as buffered IO (which is often the majority in many use cases), unaccounted for and uncontrollable.

Here are the config files you'll typically use to manage IO resources. Be sure to see the canonical cgroup2 reference documentation for additional details.

The interface for io.latency is in a format similar to the other controllers:

When io.latency is enabled, you'll see additional stats in io.stat:

Note: All cgroup knobs can be configured through systemd. See the systemd.resource-control documentation for details. 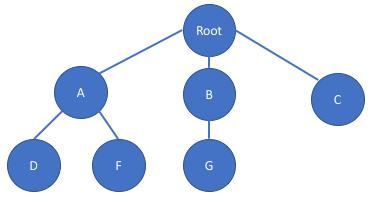 Thus, a common way to configure this is to set io.latency in groups A, B, and C.

Generally you don't want to set a value lower than the latency your device supports. Experiment to find the value that works best for your workload: Start at higher than the expected latency for your device, and watch the avg_lat value in io.stat for your workload group to get an idea of the latency during normal operation. Use this value as a basis for your real setting: Try setting it, for example, around 20% higher than the value in io.stat. Experimentation is key here since avg_lat is a running average and subject to statistical anomalies.

Setting too tight of a control (i.e., too low of a latency target) provides greater protection to a workload, but it can come at the expense of overall system IO overhead if other workloads get throttled prematurely.

Another important factor is that hard disk IO latency can fluctuate greatly: If the latency target is too low, other workloads can get throttled due to normal latency fluctuations, again leading to sub-optimal IO control.

Thus, in most cases then, you'll want to set the latency target higher than expected latency to avoid unnecessary throttling—the only question is by how much. Two general approaches have proven most effective:

io.latency is work conserving: as long as everybody's meeting their latency target, the controller doesn't do anything. Once a group starts missing its target it begins throttling any peer group that has a higher target than itself. This throttling takes two forms:

As discussed previously, the goal of the fbtax2 cgroup hierarchy was to protect workload.slice. In addition to the memory controller settings, the team found that IO protections were also necessary to make it all work.

To correct for this, the team used a strategy similar to strategy 2 described above: they prioritized workload.slice by setting its io.latency to higher than expected, to 50ms. This provides more protection for workload.slice than for system.slice, whose io.latency is set to 75ms.

When workload.slice has been delayed by lack of IO past its 50ms threshold, it gets IO priority: the kernel limits IO from system.slice and reallocates it to workload.slice so the main workload can keep running.

hostcritical.slice was given a similar level of protection as workload.slice since any problems there can also impact the main workload. In this case it used memory.min to guarantee it will have enough to keep running.

Though they knew system.slice needed lower IO priority, the team determined the 75ms number through trial and error, modifying it repeatedly until they achieved the right balance between protecting the main workload and ensuring the stability of system.slice.

In the final installment of this case study, we'll summarize the strategies used in the fbtax2 project, and look at some of the utilization gains that resulted in Facebook's server farms.