a giant inflatable chicken resembling the 45th president of the united states has set sail around san francisco bay. the 33-foot-tall ‘trump chicken’ made its first appearance earlier this year on presidents’ day weekend. wearing a black and white striped jail uniform, ‘prisoner 00045’ took to the seas again on july 22, 2018.

‘any similarity between prisoner 00045 and the president of the united states is purely coincidental,‘ say the organizers behind the project. ‘any comparison between the chicken and donald trump is the fakest of fake news.’

earlier this month, a six-meter-high, inflatable version of donald trump was flown in london during his visit to the UK. other recent projects developed in response to the controversial president include grappling hooks designed to overcome proposed border wall prototypes, while a finnish climate group is attempting to raise half a million dollars in order to carve donald trump’s face into a glacier. 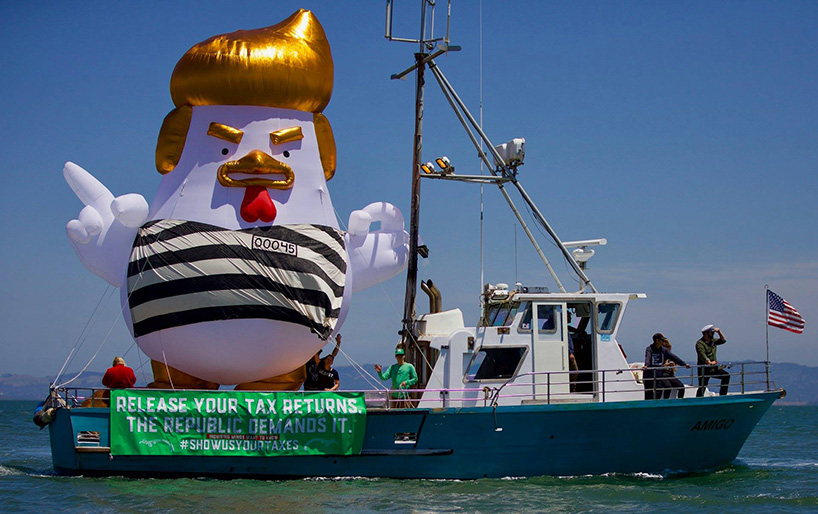 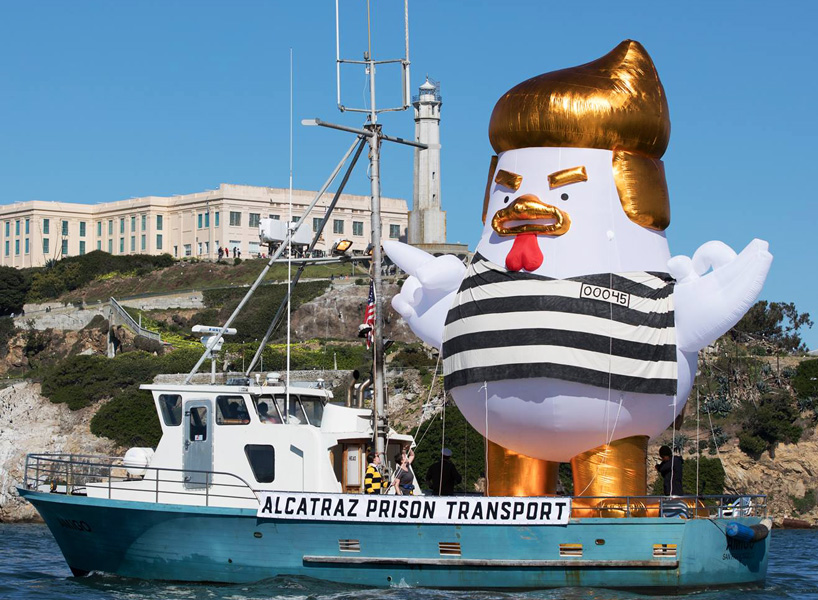 Summary | 1 Annotation
earlier this month, a six-meter-high, inflatable version of donald trump was flown in london during his visit to the UK
2018/07/31 01:01