A photography project has highlighted the extent of ice loss from Iceland's glaciers.

A team from Scotland and Iceland compared photographs taken in the 1980s with present-day drone images.

They focused on the south side of the Vatnajökull ice cap, which covers about 7,700sq km of land.

Dr Kieran Baxter, from the University of Dundee, said: "We saw a staggering difference in a very short amount of time." 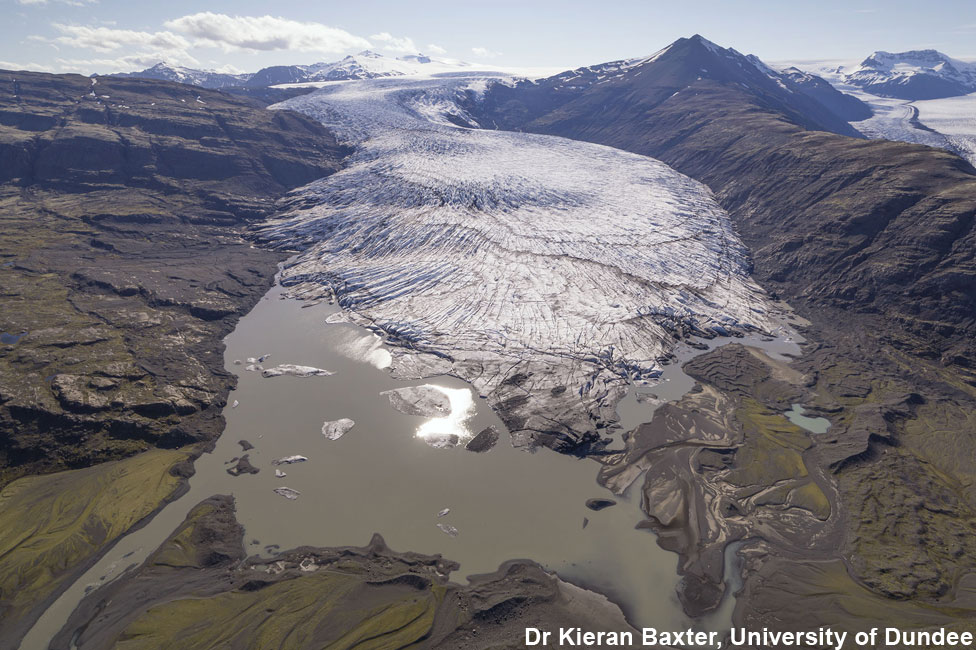 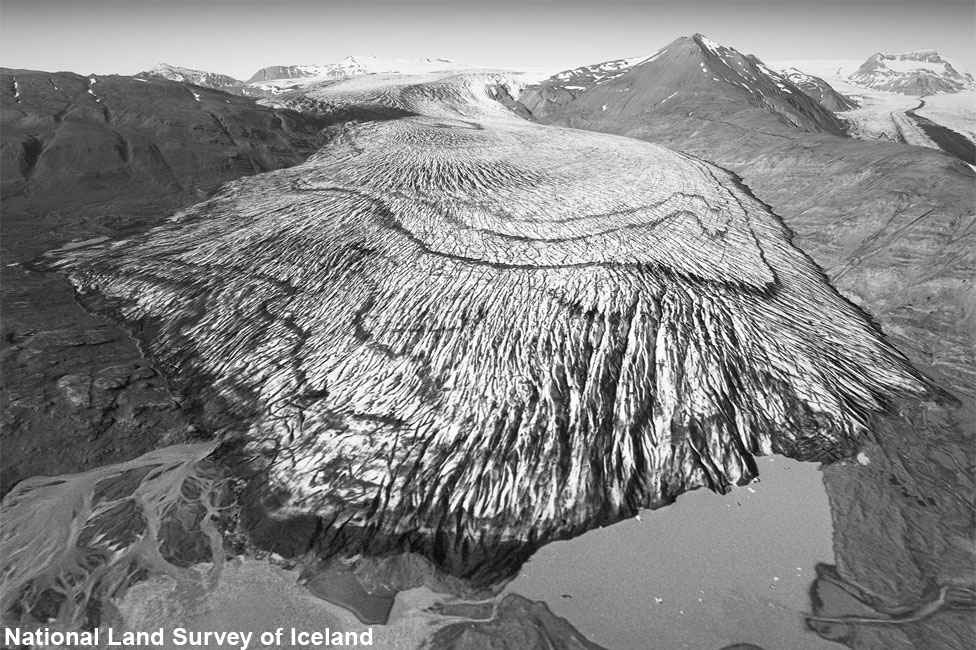 The project - which also involved the University of Iceland and the Icelandic Meteorological Office - used aerial photos taken by a survey plane in the 1980s.

Thousands of images were taken, often of overlapping areas, and the team then used software to transform these into a hi-res 3D model of the terrain.

Dr Baxter said this meant that photographs looking straight down on to the landscape could then be re-framed to show the terrain from different angles.

He added: "We can then align them with drone photographs that we can take today." 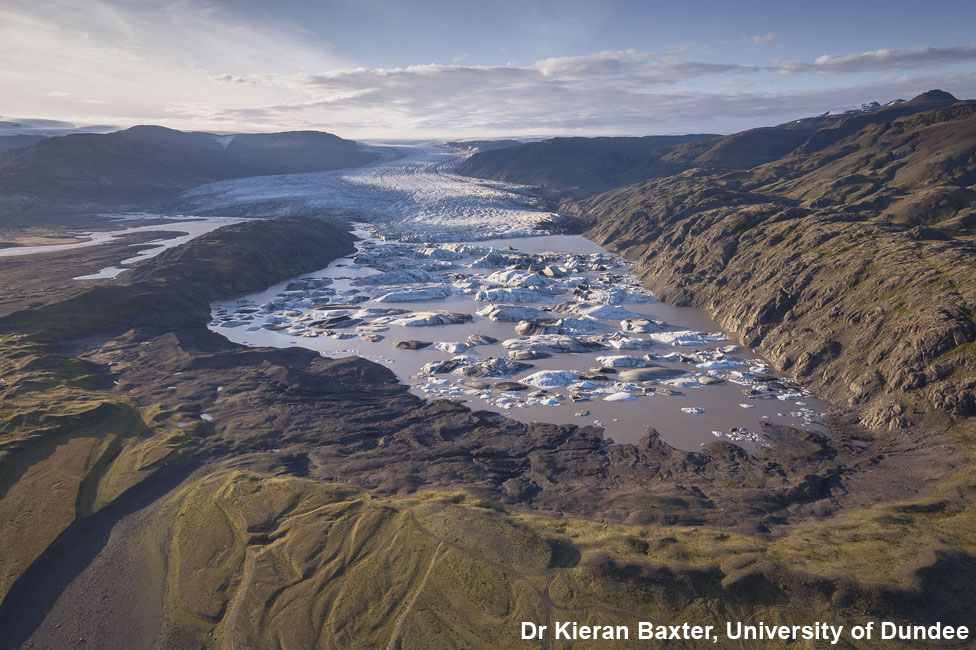 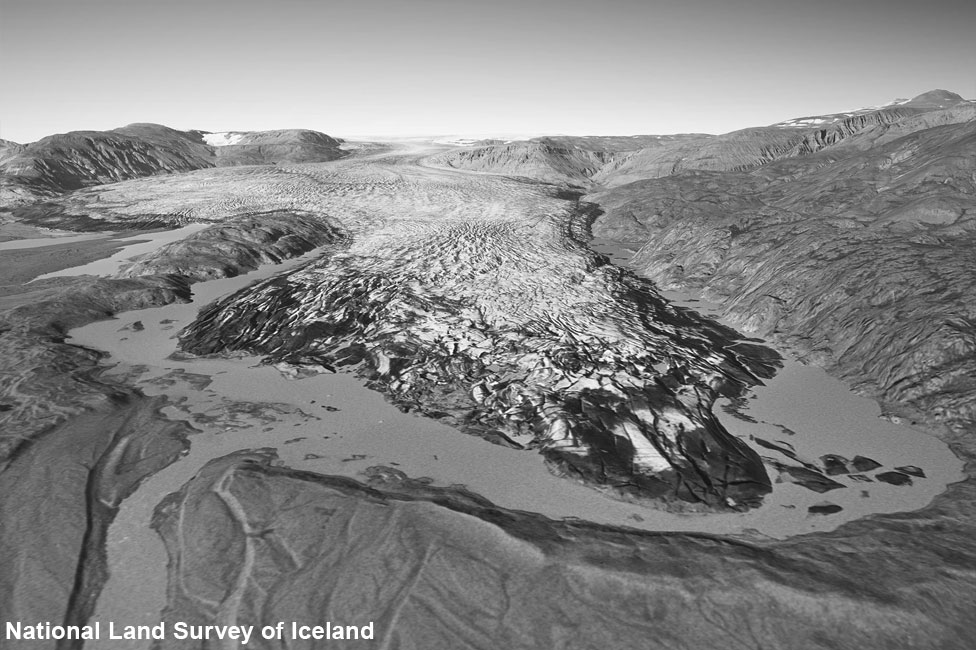 The team hopes the comparison photos will be used for public outreach, to show how rapidly Iceland's glaciers are retreating.

Iceland's Met Office says the country's glaciers have retreated by a total area of about 750sq km since 2000 - and are losing an average area of 40 sq km each year.

This summer, Icelanders gathered to commemorate the loss of Okjökull glacier. It lost its glacier status in 2014, when the ice became too thin to move.

But the problem of glacier loss caused by climate change is a global issue. The latest Intergovernmental Panel on Climate Change (IPCC) report warned that smaller glaciers in Europe, Africa, the Andes and Indonesia were projected to lose more than 80% of their current ice mass by 2100 if carbon emissions remained high.

The resulting rise in sea level could have huge consequences for millions of people, the UN panel warned.