Eight years ago, when Rio submitted its bid to host the 2016 summer Olympic Games, Christiano Bento was a 27-year-old drug dealer in a Rio favela, or slum, called Chapéu Mangueira making about 15,000 reals a month, roughly 20 times the national average. He sold mostly synthetic drugs, like ecstasy and methamphetamine, and had risen high enough in the favela hierarchy, since starting at age 17, that he could refer to himself as a drug lord.

Brazil, which imported 40% of all the slaves bought to the Americas, was the last nation in the western hemisphere to abolish slavery, in 1888.

In the mid-19th Century, favelas were founded in the hills surrounding Rio to house the recently freed slaves that no other neighbourhood would have. Since the beginning, the government and police had taken a violently adversarial approach to them, a holdover from the standard, rights-free treatment of slaves that has persisted as both a racial and a class problem in Brazil. Stories of police brutality and extrajudicial executions were common, and the favelados had long since relied on drug bosses to maintain a version of law and order.

View image of Christiano Bento is part of the local effort to map the favelas (Credit: Credit: Paulo del Valle)

That all started to change in 2008, when Eduardo Paes was elected mayor and introduced a system he called “pacification”, or community policing. After working to oust drug bosses, police set up outposts in the favelas, creating a permanent presence that emphasized not only law enforcement but also community engagement. It started to work, giving people like Bento a future beyond the drug trade.

Today, more than one in five of Rio’s 6.5 million people live in favelas, but to those outside, these neighbourhoods have essentially been terra incognita – blank spaces on the map due to perceived danger and general lack of interest. However, as the Olympics approached, starting in 2014, Google partnered with Rio-based arts and aid organization AfroReggae and turned to 100 locals – including Bento – to chart 26 favelas, in a project called Tà no Mapa (In the Map). While some favelas remain unstable, the ones chosen were deemed safe for tourists and fellow cariocas. 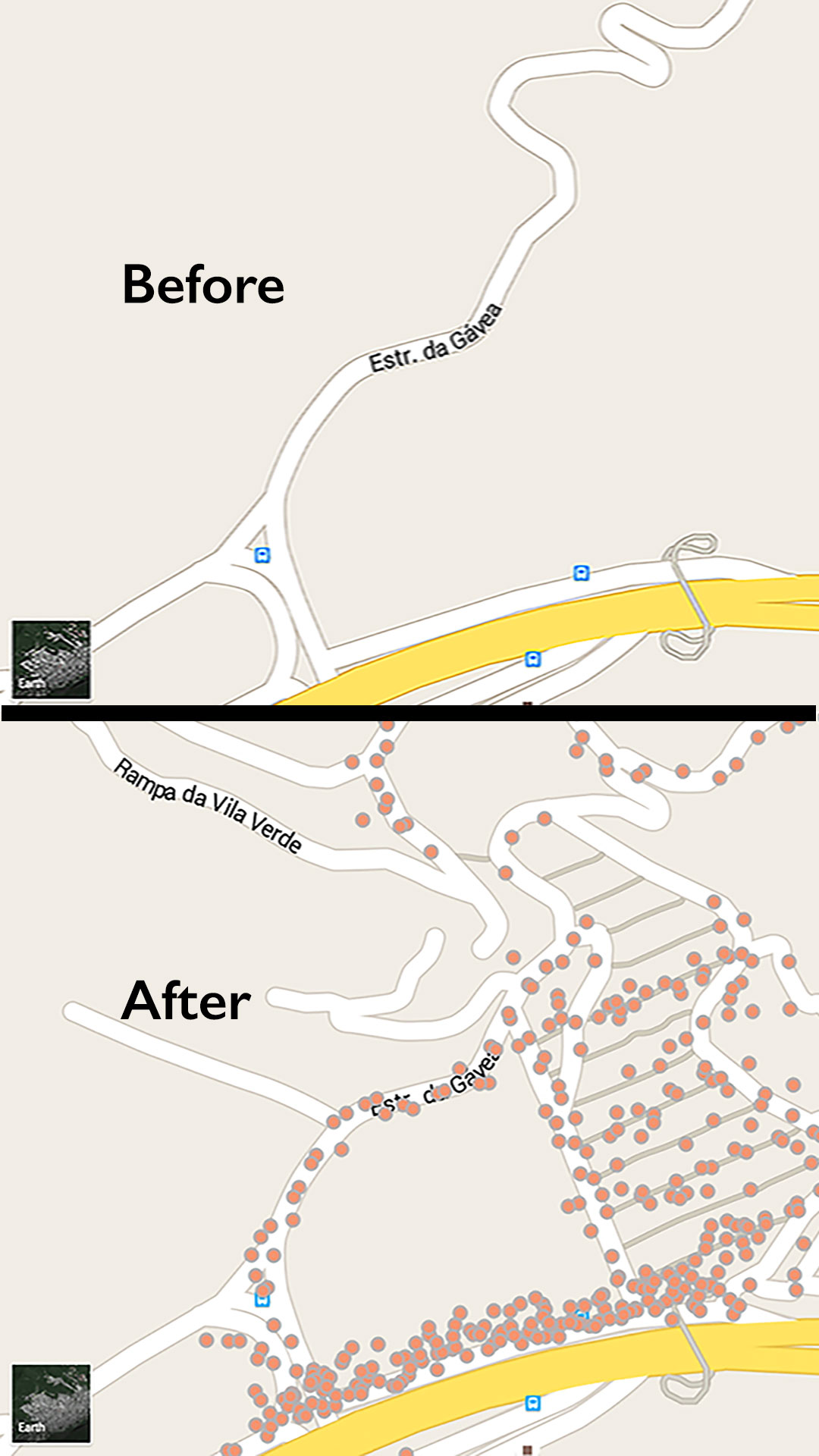 Forgoing its usual Street View cars, Google trained the favelados on its user-based mapping app called Map Maker, equipped them with smartphones and paid them minimum wage. The mappers, using their local knowledge in addition to interviewing business owners, added more than 3,000 points of interest.

“At the first stage, it is mapping the streets,” Bento said. “We were mapping anything that could be a point of interest: schools, banks, churches, day cares for kids, public spaces like parks, soccer fields, skate ramps…”

In the beginning, many locals were hesitant to have their businesses mapped. However, once the mappers began to explain in detail what the project was all about, the noes turned into yeses – and the yeses often turned into real enthusiasm.

“Everyone was looking and asking each other how they felt about being on the map,” Bento said. “They were excited about the mapping process. They followed the mappers into the community, since it was local people who were doing the job.”

Soon, people from other parts of Rio started coming to the favelas, as these places had suddenly popped up on their phones for the first time. Bento offers an example of Padaria Vitoriosa (Ladeira Ari Barroso - Leme), a bakery that many had no idea existed. “They were going to the city to get their cakes, but now they’re getting them inside the favela,” he said.

View image of Mapping the streets of the favelas (Credit: Credit: Google)

Many mapped points of interest – including shops, bars, restaurants and hotels – saw a boost in business from Rio’s annual Carnival, and locals expect to see similar success during the Olympic Games, for which the city is expecting half a million visitors. Bar do David in Chapéu Mangueira (Ladeira Ari Barroso 66 loja 03), for example, has already received press from the New York Times and Time Out for its traditional favela dishes, and is being touted as an example for other favela businesses that could benefit from the Olympic surge.

But for Bento, the mapping was personal. After years of dealing drugs, he’s now mapping scores of places within the favelas, helping to unite a city with strong geographically-based race and class divisions. He also works with AfroReggae to help favelados find work, particularly people just out of prison. Founded in 1993, the community organization offers training in computer programming and documentary film-making, and produces a circus-inspired show to teach youths about health.

Through his efforts with Google and AfroReggae, Bento now earns about 880 reals a month, Brazil’s minimum wage, but does not look back.

“I am super happy,” he said, in spite of the drastic pay cut. “I feel I’m free to walk the city.”

Summary | 1 Annotation
In the mid-19th Century, favelas were founded in the hills surrounding Rio to house the recently freed slaves that no other neighbourhood would have. Since the beginning, the government and police had taken a violently adversarial approach to them, a holdover from the standard, rights-free treatment of slaves that has persisted as both a racial and a class problem in Brazil.
2016/08/15 08:18